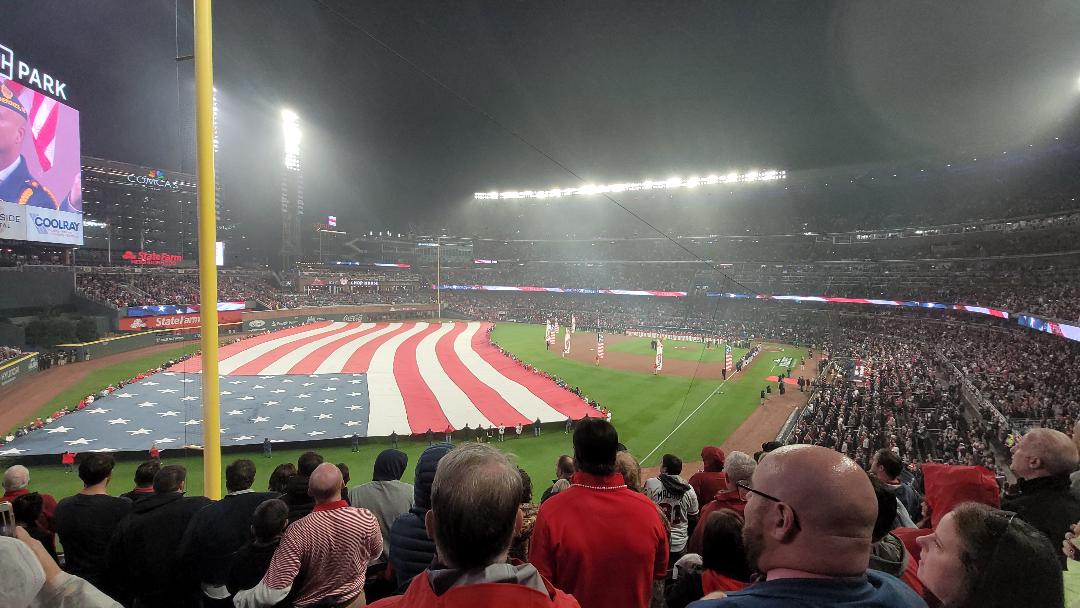 Pache started 2021 in the majors, but he was very much overmatched at the plate. A hamstring injury sort of provided a bit of a blessing in disguise as it allowed him some time off and a chance to rebuild his confidence in Gwinnett before trying again with the Braves. The star outfielder was activated back on June 1, and entering this past weekend he had logged six games with the Stripers, sporting a .348 AVG and coming off a two-homer, four RBI game from last Thursday night. I don’t know how exactly you approach Pache’s situation. It’s evident the Braves need outfield help at the big league level as the team’s outfield has been below-average all season and over the last week has collectively hit just .224 overall. But I tend to lean towards it being more beneficial for him as a prospect to maybe log a month or so worth of games in the minors before they decide to start Round 2 with Pache. This is still the org’s top prospect, no doubt, but he really doesn’t need to be exposed like that again if the Braves can help it.

Waters’ first month in Gwinnett was respectable for sure, but entering June he hadn’t made the strides we were hoping he’d make with his approach at the plate, and through those 20 games in May his .253 AVG really seemed a bit underwhelming. Well, since the calendar turned over to June the former 2nd round pick has noticeably made some improvements on offense, and though his K rate has still been higher than ideal, Waters so far in June is slashing .344/.417/.406 (130 wRC+) to go with a walk-rate in the double-digits (11.1 BB%) during the month’s first eight games (through last Thursday). Obviously he needs to sustain this success for a longer period of time, but entering this past weekend the 22-year-old was in the midst of a four-game hitting streak and had recorded a hit in eight of his last nine (including five multi-hit games in that span). I still believe he needs a lot more seasoning in Triple-A, but if Waters is still hitting like this next month, perhaps it’s time to give him an opportunity to translate his success at the MLB level.

We had Contreras at no. 5 back in January and we knew the 2021 campaign would be a huge one for him, though perhaps for different reasons. Little did we know the 23-year-old — who had played just 60 games above the High-A level, and none in Triple-A — would wind up Atlanta’s starting catcher, due to injuries and ineffectiveness to both Travis d’Arnaud and Alex Jackson. Simply the hands-on experience alone is invaluable for Contreras, but what’s incredible is how well he has held his own with the bat, entering this past weekend with a 126 wRC+ and six home runs in his first 29 big league games this season. Yes, Contreras’ defense behind the plate has been costly at times, and base runners have ran on him fairly easily so far (9 for 13 on stolen base attempts). But it’s all a learning process, and one that he’s been able to go through all while still being a solid producer for the Braves.

I lied in my first installment of this series. Willie Carter isn’t my only 25-year-old prospect on this list as Tuck Davidson hit the quarter-century mark a couple of months ago. But which Davidson should we discuss? The one that has dominated Triple-A batters to the tune of a 0.90 ERA and 10.4 strikeouts per nine?… or the one that has held MLB lineups to a cool 1.53 ERA? Both performances have come over a three-start sample and both are certainly impressive. We already knew Davidson was the top lefty-arm in the system, but with Ian Anderson a recent graduate he’s now the top pitcher altogether.

There for roughly a week or so back in late-May and early June, I wasn’t sure if Langeliers would ever stop hitting. During that stint he hit four home runs in a six-game span, including three in one game on June 2, and though he isn’t operating on THAT sort of level now, the prospect catcher has still been a consistent performer at the plate AND behind it. Beyond all of the talent and tools that come with Langeliers, this kid has demolished same-handed pitchers this season. As a righty batter he’s hitting .298 against right-handed pitchers, including six of his eight total homers (compared to a .188 AVG vs. southpaws). It’s not necessarily a big deal with such a small sample, but it’s cool nonetheless

I really wanted to reward Harris by ranking him in the top 5 as there’s no doubt he deserves it. But still, the kid moved up several spots since our last list (from ninth). The thing that’s so incredible about Harris — other than the obvious accomplishment of doing what he’s doing while just 20-years-old — is that he entered 2021 with a level of hype not seen since Ronald Acuna… and he managed to actually exceed expectations. That doesn’t hardly ever happen. I have a Harris post still in the works that goes into much more detail about his current season. Hell, I already did one here last month. But for now we’ll just keep it simple: this dude is the REAL DEAL.

Don’t let Muller’s current numbers in Double-A Mississippi mislead you, for the big bodied southpaw is blowing by opposing batters right now. His six-inning gem back on Wednesday gives him three consecutive outings with one earned run or less and four of his last six, resulting in a 3.18 ERA with 37 strikeouts in his last 28 ⅓ innings since that poor season-opening start. The turn-around in June has truly been remarkable; in May opposing batters were OPSing .924 versus Muller… so far in June (as of Friday), that OPS is currently .368. It’s definitely not time to hop off the Muller train.

What? Did you expect me to push Shewmake out of the Top 30 because of his 2021 season so far? While I’ll certainly admit his performance has been disappointing this year (hence the down symbol), I’m afraid that’s not how this works. We had Shewmake ranked seventh on our January list, and I’m not prepared to move him outside of the top 10 unless his poor streak extends much longer. Sure, a .126 AVG in Double-A, especially for a college bat set to turn 24 in the offseason, is far from ideal. But if there’s any constellation, Shewmake has at least started turning this catastrophe around; as of Friday, he was in the midst of a four-game hitting streak — a span featuring a .278 AVG, a home run and three RBI.

It’s still hard to believe the Braves signed De La Cruz for just $55K back in 2015, especially considering what he’s developed into — which, to me, is one of the top prospects among the org’s next wave of starting pitchers. I think some of the problem with De La Cruz right now is that there seems to be a bit of prospect fatigue aimed his way. The righty has been in the system for so long now and he hasn’t necessarily dominated Triple-A this season. So for some evaluators, De La Cruz’s stock has perhaps declined. I’m still a firm believer in his talent.

Elder was looked at as an ultra-high floor type, though with perhaps less upside than some of the other Braves 2020 picks. Of the major sites within the industry, only Baseball America thought of him as a top 100 prospect entering last year’s draft and ESPN had him as low as 150. Still, as Chase opined back in January, for $850K this kid was an absolute steal for Atlanta, and therefore we had him pegged at no. 14 before he ever threw a professional pitch. The four-spot jump today stems from the fact that he’s done everything you could’ve hoped for so far with Single-A Augusta, and entering this past weekend he sports a 2.65 ERA through his first seven starts.